Daylight Savings ends on November 1 at 2am. Remember to test your smoke detector batteries and adjust your clocks. If you have been looking for an extra hour in your day to do those things you never have time to do, this is it! And be particularly aware of road safety as the schedule adjustment can contribute to traffic accidents.


And did someone say Fall? It's now a great time to catch the turning of the leaves at Clyde Shepherd Nature Preserve... 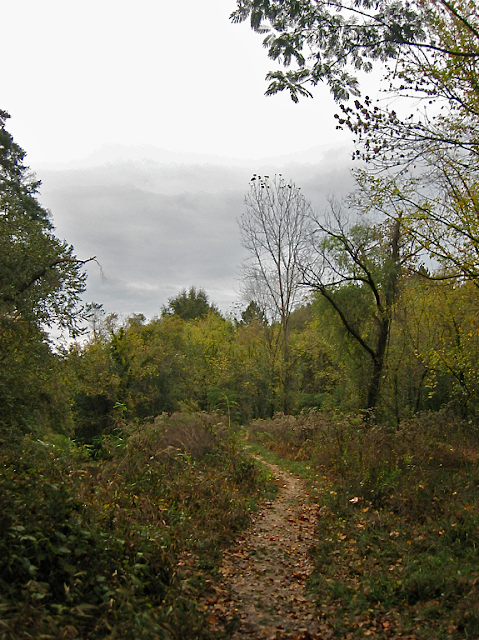 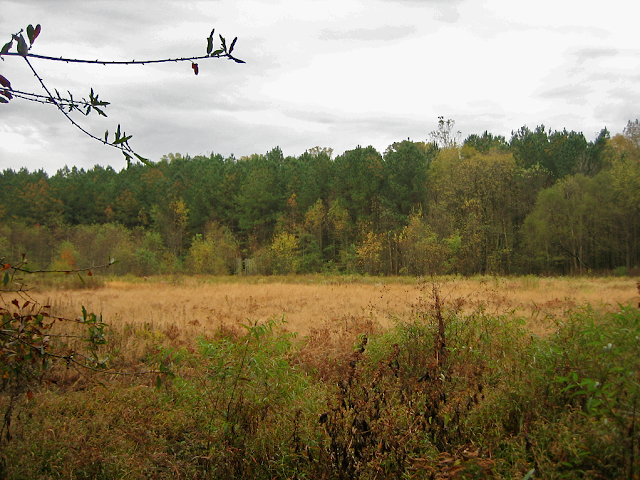 On November 3, DeKalb voters will have the opportunity to vastly strengthen the code of ethics that governs county operations. And you would never guess it by the rather bland wording on the ballot.

Ms. Patricia Killingsworth, author of the article that follows, was so kind as to join our community meeting on October 19. An audience member asked if she had heard anyone voice opposition to the ethics reform proposal. Ms. Killingsworth replied that she has seen pushback from two groups: county contractors who are not happy that they too will be bound by the new code of ethics, and individuals who stand to benefit from an ill-run county government. That says a lot.

The reform bills discussed below are remarkable examples of grassroots collaboration between concerned citizens and responsive legislators. Please discuss the ethics reform bill with your friends, relatives, neighbors and co-workers so there is no cynicism or confusion clouding this important vote.

The following article appears in the Fall 2015 issue of Medlock Matters.

For sample ballots for the coming election, click here.

In February 2014, a group of dedicated citizens came together at the request of Commissioner Kathie Gannon to form Blueprint to Reform Dekalb.  This citizen committee determined that the initial issues that should be addressed in order to have the most immediate impact on reform involved oversight and transparency.  Purchasing rules were written solely at the discretion of the CEO, were not published, and could be changed at any time, resulting in an open invitation to much of the corruption we have witnessed.  Despite the fact that the position of Internal Auditor had been funded for well over five years, it had never been filled.  No forensic or management audit of DeKalb County government had been performed for more than a decade, even though studies had been commissioned recommending both.  And the Board of Ethics, appointed by the CEO and Board of Commissioners, was chronically underfunded, understaffed, and often without sufficient members to reach a quorum.  Blueprint focused their attention on those three issues in pursuit of legislative reform.

After months of research by Blueprint members, consultations with several members of the Operations Task Force, and with the actions taken by Senators Elena Parent and Gloria Butler, and Representative Scott Holcomb, reform legislation was introduced in the Senate and the House this past session.  House Bills 597 (Ethics), 598 (Purchasing), and 599 (Independent Internal Audit) passed with the unanimous consent of the DeKalb Delegation, the House, and with only one dissenting vote in the Senate.  Many civic organizations were involved in getting the bills through the legislature, including DeKalb Strong, Good Growth DeKalb and DeKalb Citizens for Good Government.  This past year has been clear proof of the fact that dedicated citizens in this county can, and do, make a profound difference in the governance of this county.

After being signed into law by the Governor in May, the purchasing and audit reforms went into effect on July 1st.  The new Code of Ethics will be on the ballot in a referendum on November 3rd.  A brief summary of the new legislation follows:

Purchasing reforms: Purchasing rules will continue to be written by the CEO, but now must be approved by the BOC before going into effect.  Formal sealed bids will be required for all purchases exceeding $50,000.  The BOC must approve all purchases exceeding $100,000, as well as all purchases from vendors who have more than one contract with the county.  Subdividing contracts or subcontracts for the purpose of avoiding BOC approval will result in the contracts being void, and the contractor being subject to debarment from further contracting with the county.   All purchasing contracts must be published on the county website within 30 days of approval.

Independent Internal Audit: A credentialed oversight committee is now being selected which will interview candidates for the position of Independent Internal Auditor, and will recommend 2-3 qualified individuals to the BOC for approval.   The appointment of the auditor must be made by the BOC within 30 days of receipt of the nominations, or the oversight committee will make the appointment for them.  The qualifications for the position are exacting and, once selected, the auditor and his/her office will be entirely independent of control by any other county official.  The auditor is charged with performing both financial and performance audits, and has subpoena power.  The auditor shall make annual reports to the audit oversight committee, the CEO and the BOC, and the report will be published on the county website in a retrievable fashion within 10 days of submission to the commission.


Upon reading the recent Bowers-Hyde Report on county corruption, it is clear that the very reforms that were envisioned by a citizens committee in 2014, and enacted in the legislature this year, are directly on point with the reforms necessary to combat the problems addressed in the report.  As residents of DeKalb County, we have to take responsibility for monitoring the actions of our government, both through the oversight of county actions and through the election of honest and capable public officials.  I urge you all to become more involved in community and county affairs, to help select and elect good county officials, and to VOTE!
Posted by me at Monday, October 26, 2015

According to the National Oceanic and Atmospheric Administration (NOAA), southeastern states should brace for a winter season that could be 33% cooler and 50% wetter than usual.

For information and schematics on Phase II of Fuqua's development, see http://www.medlockpark.org/2015/07/phase-ii-of-decatur-crossing.html. That post includes the composite map below that shows ongoing developments along North Decatur Road, Scott Blvd and Church Street. Sprouts is the larger structure that adjoins the public park/greenspace shown below.

Meanwhile, the Walmart.com website predicts the store will open on November 11. We have not confirmed this information with Selig or Walmart. And the Internet is never wrong.


A note from Victoria at Central DeKalb Senior Center, with a few highlights that I know you will enjoy! 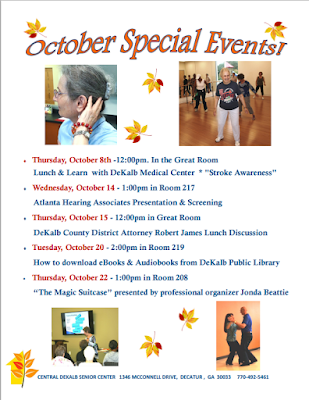 The Central DeKalb Senior Center serves "DeKalb County Residents, age 62 and older, who are active and independent. The role of the CDSC is to provide programs, services, and activities that promote health, wellness, social interaction, community engagement, education, and independence. Participants and the CDSC staff will work together to create a true sense of community."

Please visit the Center's website at http://www.dekalbcountyga.gov/CentralDekalbSenior/index.html
On the left margin, there is a link to their monthly activity schedule, as well as links to a registration form (so they can reach out to eligible residents)  and interest sheet (for letting the senior center know what activities would best serve users). Often, there is also a flyer highlighting special activities. Here is the October special events flyer...

November approaches and so does election day.  MANA residents, depending on location, will vote on different measures, and all County residents will vote on an item on ethics reform. The following meetings offer information on these important issues.

Issues for the Greater Decatur area for the November 3 Election [Wednesday, OCTOBER 14]

Purpose: To provide a structured meeting enabling both sides to present their positions to the public, and for community members to have their questions answered

Note: Questions will be read by the moderator. They may be submitted in advance to stephanie.tanner@senate.ga.gov 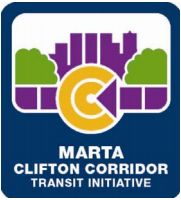 For other news on the Clifton Corridor Transit Initiative, see http://www.itsmarta.com/Clifton-Corr.aspx

Starting this week, MARTA representatives will go door-to-door visiting businesses along the Clifton Corridor to provide updates about one of the region’s most congested areas and one of the largest job centers in the metro area. Upon completion, the Clifton Corridor Transit Initiative will provide a direct transit link between the Lindbergh Center Station in the City of Atlanta and the Avondale Station in DeKalb County. MARTA’s expansion into the corridor would serve such major job centers as Emory University and the Centers for Disease Control and Prevention.

*Businesses along these thoroughfares will be visited.

Throughout the planning process, MARTA’s Clifton Corridor Planning Team will continue to inform and educate various corridor stakeholders by hosting or participating in public forums and community events.

For information on the project and schedule of activities, visit www.itsmarta.com/Clifton-Corr.aspx.  Or, if you need more detail on a specific topic or to request the MARTA Clifton Corridor information tent at your next community event, please contact MARTA by email at Clifton@itsmarta.com.