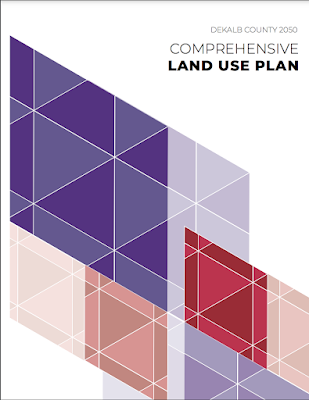 Commissioner Jeff Rader requested that we distribute his message below, to share his concerns about the DeKalb County Comprehensive Land Use Plan which, in his opinion, requires more review before it is approved. See the relevant files and his concerns below

"This document should get a lot of review and comment from the public, particularly our ITP neighborhoods represented by CAN.

The most notable section is the creation of a new extensive “Walkable Neighborhood” Character Area which, if you review the map on p 42, encompasses much of D2, D3 and D4.  To me, it is problematic because it suggests disrupting current stable patterns of development with the introduction of more mixed use and higher density housing without a strong foundation of infrastructure, including street grid, bike/pedestrian , and public amenities necessary to support the evolution they prescribe for the Character Area.

As you know, our stakeholders intensively negotiate new urban development serving our neighborhoods to insure the density, diversity of use and development design actually perform as advertised.  In my opinion, this site based focus would be diluted under the new Character Area, and we would be faced with a lot of new proposals that better match a builder’s proforma rather than the community’s needs.  I believe that diffusing development through our neighborhoods would also reduce the market imperative to plan and execute truly urban projects replacing obsolete commercial districts as was accomplished at North DeKalb Mall.

In any event, stakeholders need to dissect this draft and weigh in before it goes to DCA.  Once approved by them, there will be resistance to further amendment.

I hope you can get this out and alert our neighbors that they should speak up at the public hearing on July 12 and ask for more review.

I’ve attached the plan, and will follow with the public hearing agenda item and other supporting documentation for circulation to CAN and others.  Let me know if you have questions."

Hello MANA neighbors!
The MANA neighborhood pool party is back on! We hope you can join us on Saturday, August 6, from 6:00 - 8:00 at the Medlock Pool. The event is potluck and MANA will provide proteins and a few sides. Everyone is welcome: MANA members can enter free WITH a potluck dish. Non-members can pay $5 per person without a potluck dish or $3 per person with a potluck dish (kids 12 and under are $2). You can certainly become a MANA member onsite! Please bring your own chairs, plates, utensils and pool gear. Also, if your dish contains any allergens (peanuts, gluten, etc.), please make a note to put next to the item.
Lastly, we are looking for 4-5 volunteers to help before or during the event. If you are interested in helping out or have any questions, please reach out to Kim Groover at 702-271-3257 or kimgroover@gmail.com.
Hope to see you there!
Posted by me at Monday, June 27, 2022

Posted at the request of DeKalb Co. Recreation, Parks and Cultural Affairs; information sent to MANA via email on May 27, 2022 at 9:17pm

During the inspection today with the Board of Health, the Pulsar motherboard which feeds information electronically to the chlorine pump at Medlock Pool short circuited. Standguard, the pool contractor, is working continuously to install a replacement board. In order for RPCA to open Medlock Pool, the Board of Health will need to return to Medlock Pool for a final inspection prior to opening. Once the BOH has been notified that the panel is replaced, they will be available for re-inspection.

Until final inspection occurs at Medlock Park, nearby Kittredge Pool located at 1520 Kittredge Park Road, NE, will be open at noon tomorrow as scheduled.We will continuously work with our contractor to see the repair completed as soon as possible.I would appreciate if your office could help get the word out and hopefully this is a short term issue.

Please let us know if you have any questions, thank you! 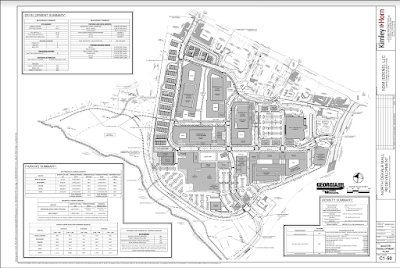 The DeKalb County Board of Commissioners approved the redevelopment of North DeKalb Mall on May 26, 2022, with conditions (pdf).

At this time, we would like to share the documents below, with an additional write-up to be added in the near future. UPDATE:  A summary by Theresa Same is now available on page 12 of the Summer 2022 MANA newsletter.

Exhibit A: Master Development Plan -- a graphic depiction of the development's footprint and location of structures, roads, sidewalks, etc.

Exhibit B: Master Sign Program -- describes the type of signage that site tenants must observe

In the interest of keeping the public informed of this ongoing process, we are directing you to the current, 172-page DeKalb Planning Department Staff Report that outlines the North DeKalb Mall proposal:

This plan will be discussed by the Planning Commission on May 5, 2022 and by the Board of Commissioners on May 26, 2022. Both meetings will be broadcast via Zoom.Links to these meetings and their respective agendas are posted at https://dekalbcountyga.legistar.com/Calendar.aspx. 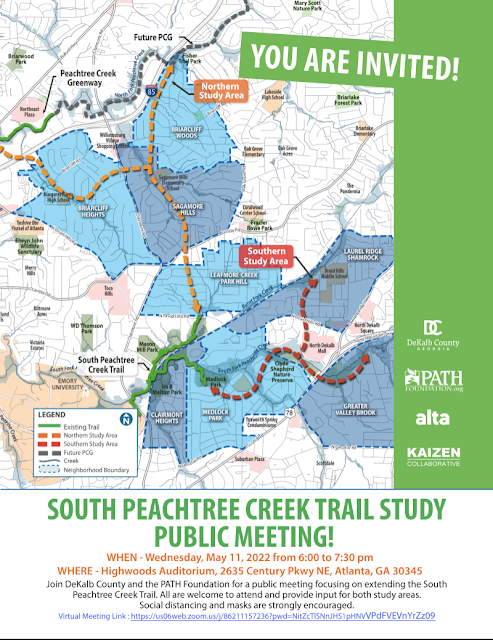 More information on the project and a public input survey can be found on the PATH Foundation website:
https://www.pathfoundation.org/announcements/south-peachtree-creek-trail-study

The DRI Plan of Development as proposed is approved subject to conditions, as provided in Attachment A and subject to the limitations placed on allowable modifications to the DRI Plan of Development, as described in Attachment B. Subject to the conditions set forth in Attachment A and Attachment B, GRTA will approve the expenditure of state and/or federal funds for providing the Land Transportation Services and Access improvements listed in Section 2 of Attachment C. The need for said approval shall terminate and be of no further force and effect after ten (10) years from the date of this Notice of Decision, unless substantial construction of the proposed DRI has been commenced during this ten (year) period." 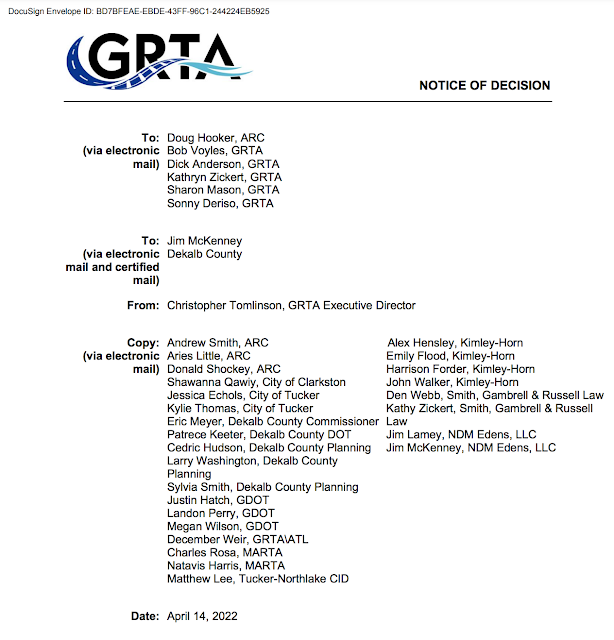