MANA has now completed a second survey of residents to determine the neighborhood's interest in being included in a City of Atlanta annexation map. See our community meeting notes explaining why we decided to conduct a second survey on cityhood and annexation.

For the current survey, volunteers went door to door and also collected responses online:
- 564 neighborhood addresses were validated, which reflects 42.6% of households
- 745 valid surveys are included in this brief report
- 71% of respondents supported the idea of being added to an Atlanta annexation map

In view of these results, the MANA Board is contacting our representatives about including our neighborhood in any Atlanta annexation map that is considered during the current legislative session. Should an Atlanta annexation referendum take place, being in the map protects our residents' right to vote in favor of or against the proposal.

The survey included two questions; results are summarized below. 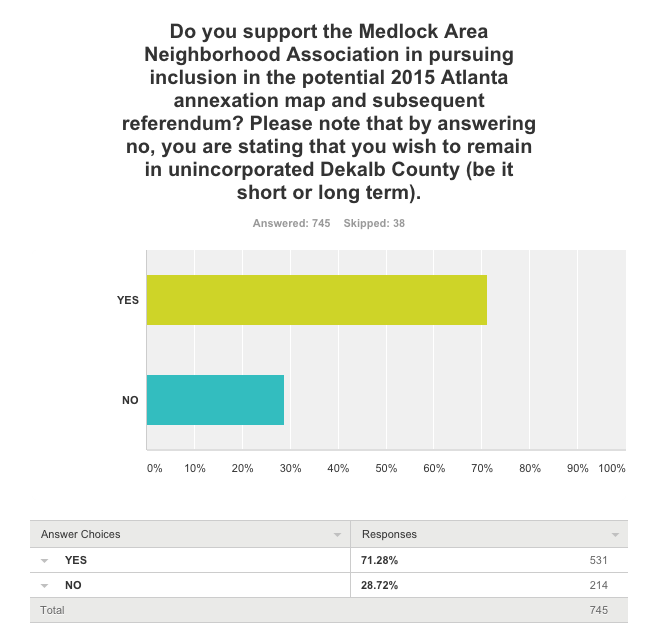 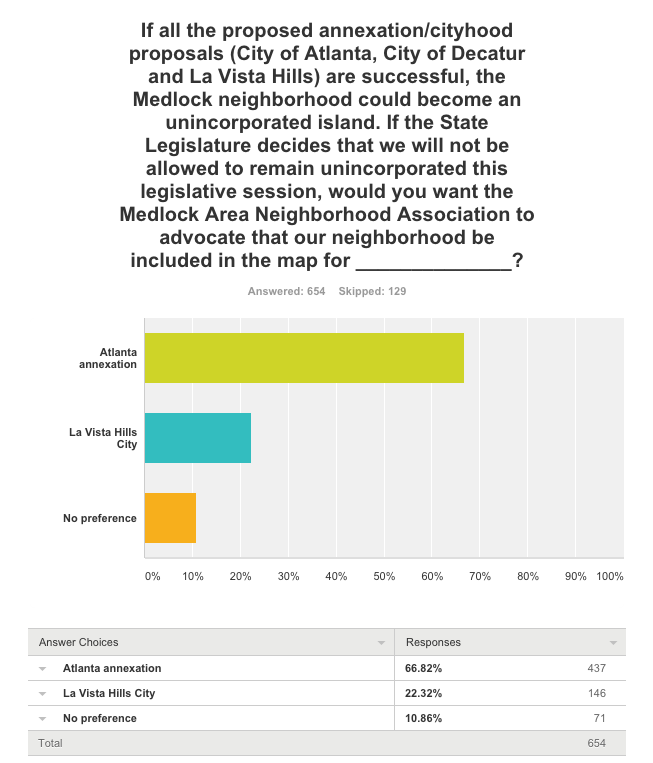