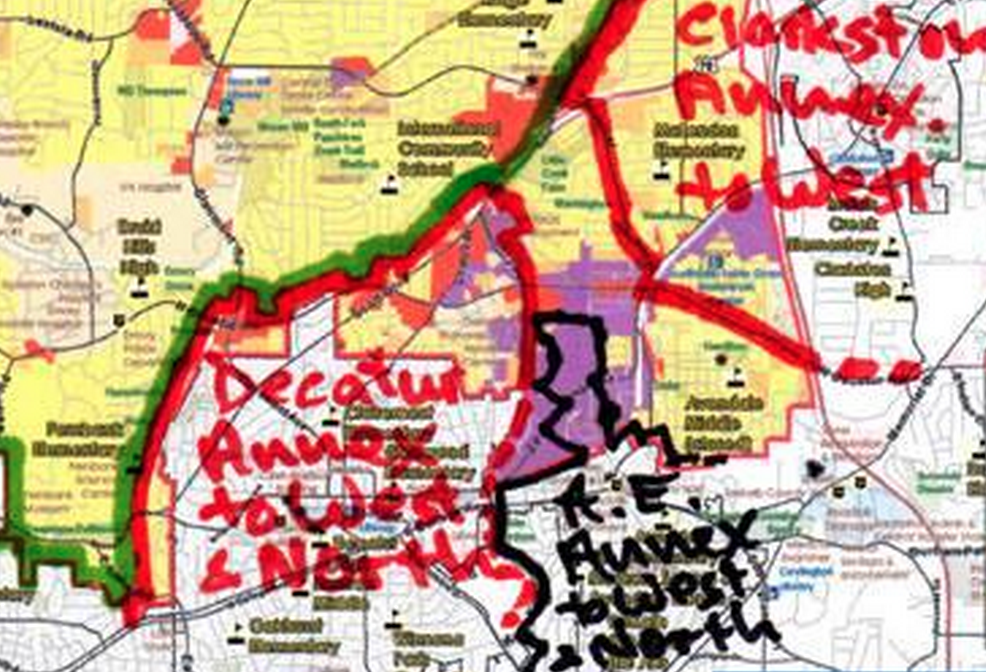 "The City of Briarcliff Initiative announces the release of an updated version of the Briarcliff map. “February 2014 Draft” is available on Briarcliff’s Facebook page, https://www.facebook.com/briarcliffga and shows hand drawn lines. Rep. Mary Margaret Oliver (HD-82) will present a formal version of this map to the Legislature. Briarcliff has chosen to defer to the published annexation plans of existing cities, in keeping with the city’s core belief that everyone should have a chance to vote on whether they want to be in a city."

[But it should be noted that the owners of non-residential properties are not allowed to vote.]

For the full press release, see

For some recent discussions on City of Decatur's current annexation plan, see DecaturMetro:

http://www.decaturmetro.com/2013/12/16/decatur-preps-for-large-scale-annexation-as-creation-of-north-dekalb-cities-looms/
Posted by me at Thursday, February 20, 2014