Abstract: The Medlock Area Neighborhood Association has been tracking annexation and cityhood proposals affecting the northern area of DeKalb County, specifically for impacts on our neighborhood and services. We conducted a survey that garnered responses from ~28.5% of our ~1400 households. At this time, there is no clear consensus among our residents about the proposals presented in the survey, but we believe that City of Decatur’s annexation of primarily commercial real estate is unreasonable and detrimental to unincorporated DeKalb residents and schools. MANA recommends that we continue to actively explore all our options, seek and distribute relevant information, foster neighborhood discussions, and direct our concerns to elected officials. 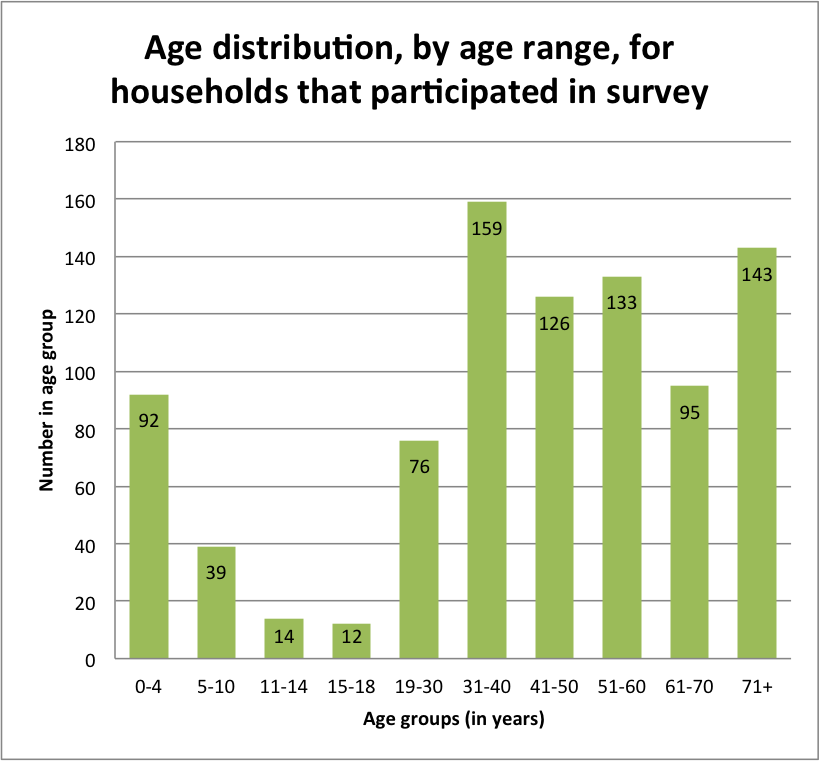 Response Rate: Approximately 1400 newsletters and surveys were distributed door to door by MANA volunteers. 438 surveys were completed. 127(~28%) surveys were completed on paper and either mailed or filled out at the October 27 meeting—a reminder to not assume that we can reach everyone online. Most respondents included either a name or a survey number; 19 responded anonymously (no name or code). Thirty-seven codes were used more than once (35 were used twice each, two were used three times each, meaning that multiple adults in the same home completed the survey). We estimate that ~28.5% of targeted households completed the survey. 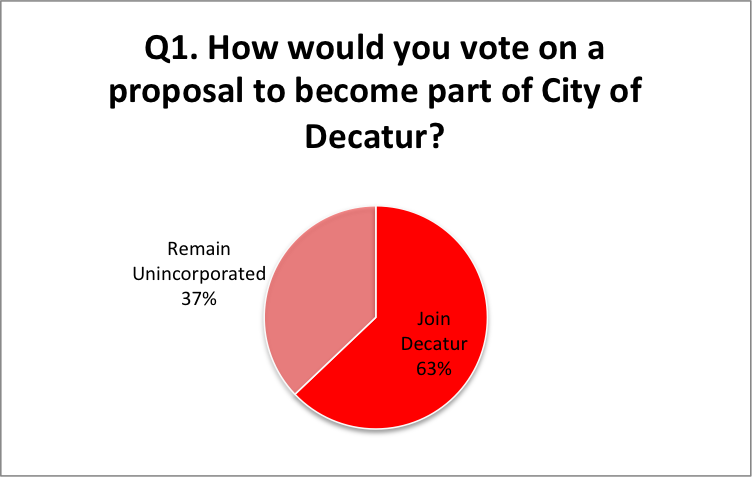 Question 1: How would you vote on a proposal to become part of the City of Decatur? 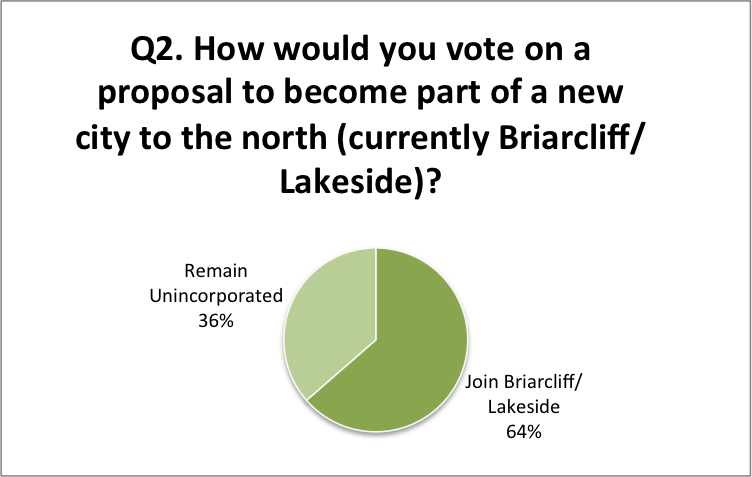 Question 2: How would you vote on a proposal to become part of a new city to the north (currently represented by the Briarcliff and/or Lakeside proposals)? 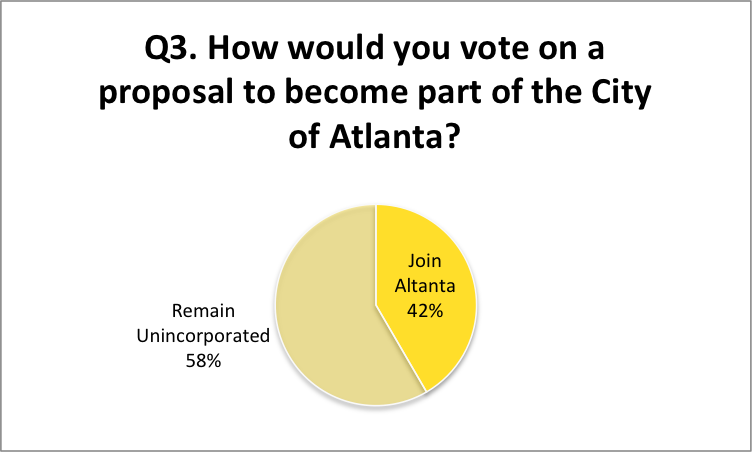 Question 3: How would you vote on a proposal to become part of the City of Atlanta? 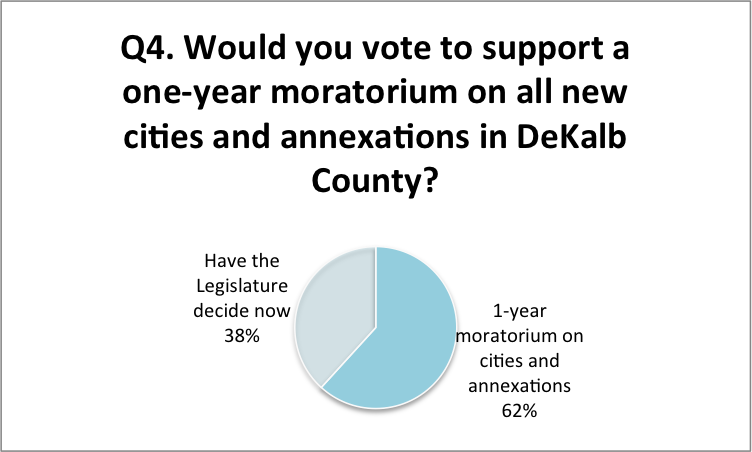 Question 4:  Would you support a one-year moratorium on all new cities and annexations in DeKalb Couty? 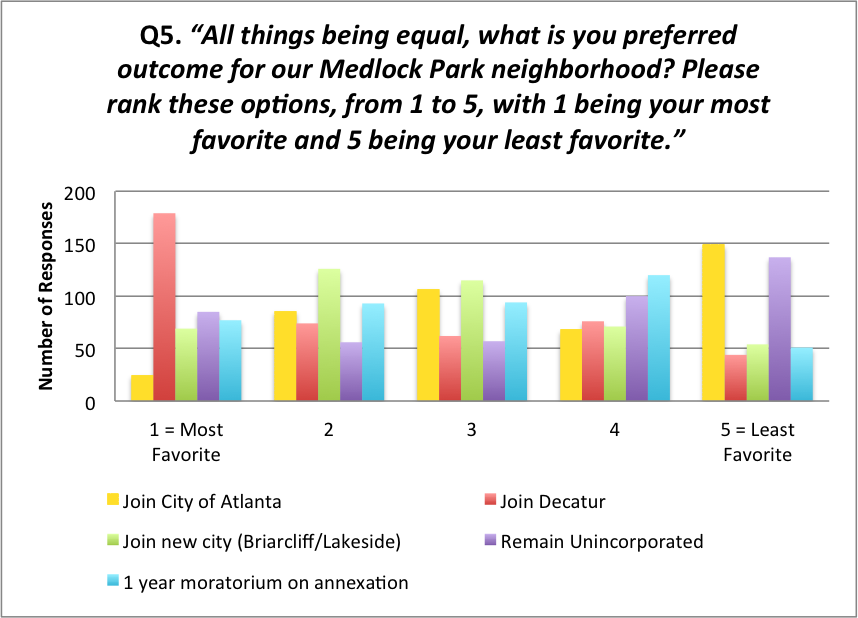 Based on responses for “Most Favorite” (1) column, the proposals were ranked as follows:

We are happy with the level of participation in the survey but most importantly with how both the survey and newsletter have spurred discussion about our neighborhood’s future.

The survey results are rather mixed and do not give the Board of the Medlock Area Neighborhood Association a clear mandate. Although Question 5 of the survey had annexation to Decatur as the top choice for 41.5% of respondents, that is not an overwhelming majority. Furthermore, City of Decatur has made it clear that it wants to annex commercial property in and near our neighborhood but not the neighborhood as a whole. Decatur’s commercial annexation proposal is unreasonable and we will continue to fight it, as we believe North Decatur Road commercial properties should continue to primarily serve the established neighborhoods that they have been part of for so many years.

Other questions in the survey also yielded mixed results. As to supporting cityhood as a concept, although results were over 60% in favor of joining Decatur or a new city (Briarcliff/Lakeside), they were in the 40% range for joining Atlanta. Over 62% supported a one-year moratorium on all annexations and new cities; only 38% felt the state should decide for us in the coming 2015 legislative session. Question 5 indicated that a one-year moratorium and remaining unincorporated were strong contenders under the “most favorite” category, but a large number of people also ranked remaining unincorporated in their “least favorite” category.

The top three concerns among respondents who commented are Decatur’s unreasonable commercial annexation plan and potential impacts on our schools and property taxes.

• This is a critical time in our neighborhood history.

• The MANA Board does not believe our neighborhood has reached a consensus on how to proceed and is not advocating a particular outcome at this time.

• The MANA Board believes that it is important that nearby commercial areas continue to serve as large a number of citizens as possible, as they have done historically. There are many millions of dollars at stake, with many more to come as the Medline LCI area continues to develop and draw new businesses. It is unreasonable for City of Decatur to unilaterally claim these resources.

How much money is at stake? Commissioner Jeff Rader helped us contact DeKalb County's Tax Commissioner Office and GIS unit; we asked them to look at areas A and B in Decatur's annexation map and how the transfer of these commercial properties would impact the DeKalb County School System budget. Area A includes businesses around the North Decatur Road/Clairmont intersection (i.e., Emory Commons, etc. among others) while Area B includes the whole Medline LCI study area (Suburban Plaza, Scott Blvd Baptist Church development, etc. and also Medlock Plaza where Melton's is located). We were informed as follows:

The County analysts that looked up this information for us clarified that “These figures represent the exact amount that we billed on the School’s behalf for those parcels. This will not be the same for the City of Decatur because of different exemptions and the varied assessment level of 40% to 50%.”

These cityhood and annexation discussions always include uncertainty: it is very difficult to pin down exact dollar amounts. But even factoring in “wiggle room” for jurisdictional differences, these are significant amounts of money that would preferentially serve City of Decatur schools and will no longer be allocated to children in the much larger DeKalb County School System. The calculation does not project into the future and we know that as Suburban Plaza is redeveloped and as the Medline LCI area grows and flourishes, revenues from Zone B will only go higher and higher.

• Whatever its source(s), we must fight the pressure to make uninformed decisions. We are still in a position where not enough information is available and must be very careful and measured in our movements: decisions made blindly will cost us dearly.

• MANA recommends that we continue to actively explore all our options. MANA will continue to facilitate meetings, track developments, share information as quickly as possible, and encourage our residents to contact elected officials to ensure our neighborhood’s concerns and wishes are well represented.
Posted by me at Wednesday, November 12, 2014