Yes to ethics reform and the City of Tucker; no to La Vista Hills

Per the AJC's election results website, the County's ethics reform plan was soundly supported. Voters also approved the formation of the City of Tucker. The proposed City of La Vista Hills was defeated by a small margin. 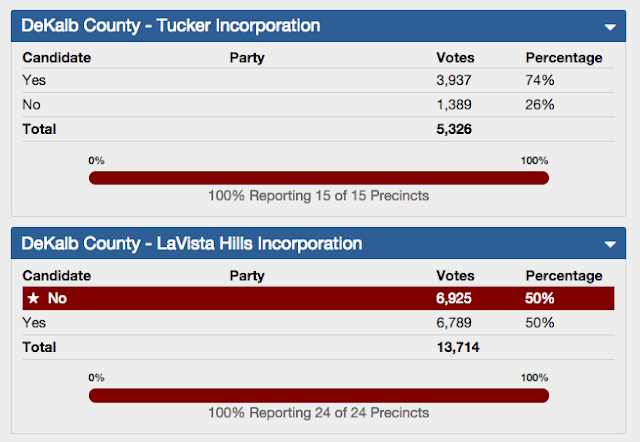 Decaturish also reported on the vote http://www.decaturish.com/2015/11/voters-narrowly-reject-lavista-hills-approve-tucker-in-dekalb-cityhood-votes/.
Posted by me at Wednesday, November 04, 2015