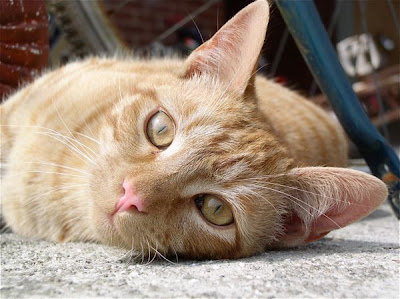 The article links to the report (released mid-February). Here's are some disturbing quotes:

While modest efforts at improvements have been undertaken during the tenure of and prior to the Task Force, the facility is dirty, malodorous, wet and dark. The DASE Center is physically located at the bottom of a hill on an old landfill behind the County’s jail and coroner facilities and adjacent to an incinerator used to dispose of the thousands of animals euthanized in the shelter. During periods of heavy rain, a number of areas on the property experience standing water, particularly areas in the parking area and along the side of the building. Standing water that collects in the grassy area along the side of the building often seeps into the building, flooding the office space used by the enforcement officers. Furthermore, flooding in the parking lot makes some parking spaces close to the building inaccessible. During the Task Force tenure, an issue with standing water at the rear of the facility in the animal intake area was addressed. . . .


While the administrative areas can be described as an embarrassment at the very least, the kennel areas, especially the areas housing dogs, are an abomination. The odor, particularly during the summer, is overwhelming. Amidst the sound of barking dogs unmitigated by any sound absorption, the kennel area is deafening from the sound of fans and the ventilation equipment. Older vents that are located along the outer walls, formerly to create ventilation in the kennel area, are rusted beyond repair from the use of corrosive cleaning material and humidity, making them no longer operable. These same vents now allow rodents and insects to enter the facility. During the summer, the kennel area is filled with fruit flies to the extent that some of the dog run walls appear black with the thick layer of insects. Throughout the kennel area, puddles of standing water exist from the result of condensation, daily cleanings and leaky water spigots. The dog runs and cages are rusted out from the combined use of corrosive cleaning materials and condensation, and the drains for washing away animal waste are clogged. . . .

Food for animals is kept in a makeshift intermodal-shipping container located behind the northeast corner of the DASE Center. The floor of this container was wood and had been compromised by rats creating holes to access the food. The compromised food presented potential disease from fecal matter and poisoned rodents. During the tenure of the Task Force, the wood flooring was replaced. The veterinary services are housed in a mobile housing trailer behind the Center facility. A second trailer accommodates a donated washer/dryer and grooming area. The trailers have an ongoing electrical wiring issue that prevents running any electrical equipment simultaneously. For example, it is not possible to operate the washer and the air conditioner at the same time. . . .

DeKalb County is among the wealthiest, highest educated counties in America. It is home to a number of the premiere colleges, universities, institutions and corporations in the nation. Simultaneously, DeKalb County’s reputation as a progressive, innovative, safe and caring community is challenged by the conditions and outcomes that exist in its animal services function. . . .