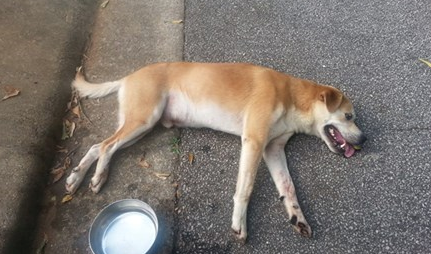 The dog pictured to the left was found this morning on Arborcrest Drive in Decatur, unable to move, probably due to having been hit by a car. Compassionate folks stayed with him and the pooch is now under the care of the Lifeline Project folks at the DeKalb County Animal Services. 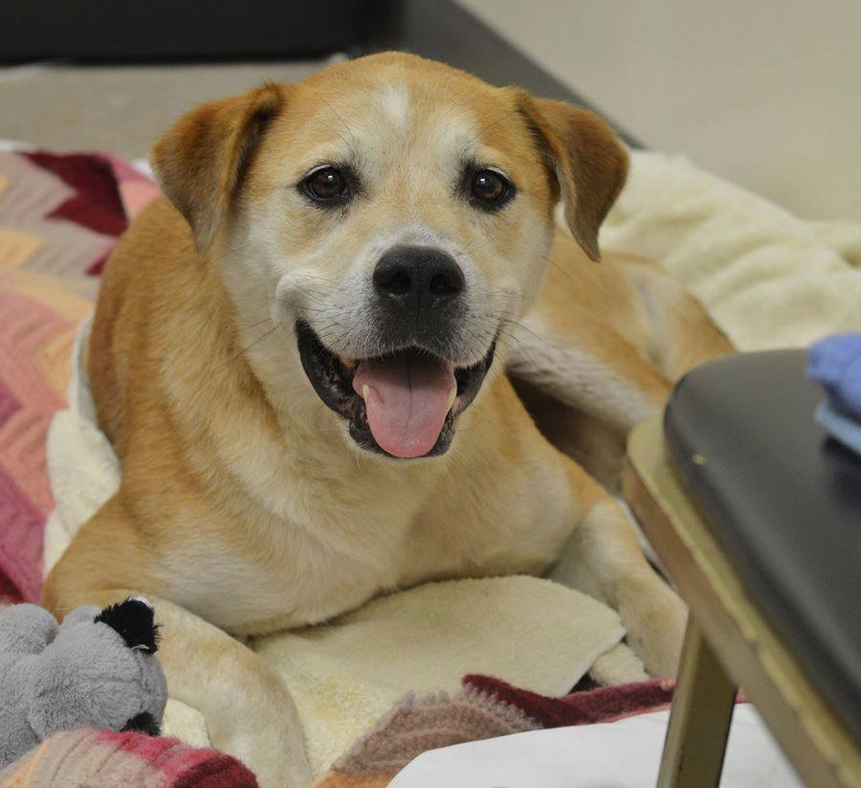 UPDATE 2:  July 24 via Facebook: "looking a bit perkier this morning, but he still can't walk and is still in urgent need of rescue"

UPDATE 3: "Rescue pending" status posted on DCAS, meaning, a rescue group has stepped forward to get this dog out of the pokey and provide an environment where he can recover and then be adopted. YAY!

UPDATE 4:  Per a Facebook update, vets determined that this dog was shot at some point and a bullet fragment migrated to his spine, causing hind-leg paralysis; he will be evaluated at UGA. He also appears to have been on his own for a while. The New England Humane Society (Facebook, web), based in northern Rhode Island and with established relationship with rural Georgia shelters, has agreed to take him in for rehoming. For years, a number of rescue volunteers and organizations have been relocating dogs and cats from states with a surplus of unwanted animals to areas where there is high demand for adoptable pets. "Lovell" (as he is being called by DCAS) faces mounting vet bills ($800 so far); if you would like to contribute, you may do so via his Fundrazr page.