Notes from “Blueprint for DeKalb” presentation

“Blueprint for DeKalb” is a citizen-led initiative first organized by Commissioner Kathie Gannon to improve and revitalize DeKalb County. The group has worked hard to identify best practices that, going forward, will elevate ethical and professional behavior while also providing the type of oversight that is typical of top-notch organizations. 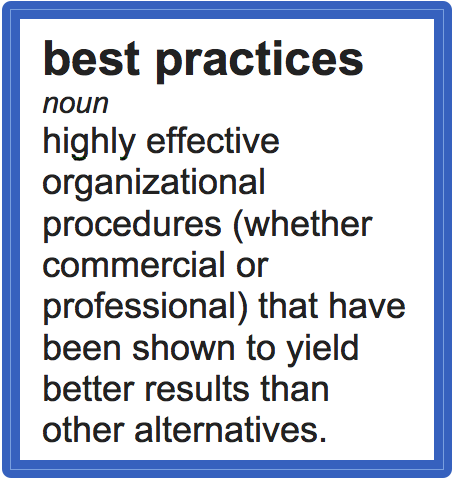 To learn about the people who are leading this effort as well as review white papers and other documents and resources the team has gathered, go to blueprintdekalb.org and don't forget to complete their survey. Blueprint representatives area available to attend civic organization meetings and discuss the Blueprint's plan.

Making the Blueprint’s recommendations a reality will require changes to the Organizational Act; proposals will need to be approved by the DeKalb Delegation and later, the state legislature. A key recommendation (for internal auditing and ethics) is that these oversight structures need specific budgets, set to a percentage of the overall County budget (e.g., 0.01-0.05% or similar "industry standard”). A set budget would be protected from political machinations and ensure that oversight departments have sufficient staffing and resources to process complaints and conduct and complete investigations.

Below are some of the examples provided, and links to the Blueprint’s pages that deal with those issues.

Independent internal audit: Recent scandals (from purchase card misuse, wire fraud and Board of Education budget mismanagement to CEO indictments) amply illustrate the need for an independent internal auditing office that will conduct annual reviews of all County budgets. Just as importantly, when the audit reveals inconsistencies, auditors must have the power to correct problems. In other words, it is not enough to give auditors or the general public access to “see all the books”, auditors also need to have the power to conduct investigations, compel the release of necessary documents and secure cooperation necessary to bring errors into compliance. The internal auditor position would report to an independent, vetted citizen board comprised of knowledgeable, experienced citizens.View the Blueprint's Internal Audit Position Paper.


UPDATE: we received this additional explanation about the different types of audits and how they can help improve DeKalb County. "People sometimes are confused with the difference between a financial audit (ensures that the accounting practices are meeting the accepted standards and practices of government as determined by an external auditor) and an internal audit, (focuses more on procedures to ensure there is no waste, fraud and abuse). The internal audit has the power to review financial documents in the process of reviewing the procedures of specific departments and to make recommendations to improve those government processes. This position would have the authority to also investigate the Constitutional offices: Tax Commissioner, Sherriff, District Attorney, Clerk of the Court to ensure that they are managing their functions efficiently."

Ethics: The Board of Ethics (BOE) was created in 1990. Ethics board members are appointed by the very people (Commissioners, CEO) that stand to be scrutinized, and this creates a conflict of interest. That the BOE has jurisdiction over 31 County authorities illustrates its importance and potential impact. Unfortunately, the BOE has been chronically hamstrung because of budget tug-o-wars and appointments that have not been handled correctly. For example, for 23 of its 24 years, there have been BOE appointees serving beyond their term, and a seat remained vacant for 8 years. The Blueprint team recommends that these appointments be made via nominations from recognized community leaders (whether individuals or organizations) and subsequently vetted using best practice procedures (similar to how judges are vetted). View the Blueprint's Ethics Position Paper.

Procurement and transparency: There are purchasing guidelines in place (DeKalb Purchasing Manual) but spot checks of current contracts found online reveals many examples that cause concern, such as multiple, open contracts for the same service (e.g., trashbags) and evidence that contractors are not being vetted (e.g., current contractors in the budget who are not listed in the GA Secretary of State website, meaning they are not operating lawfully). Other worrisome issues: the CEO’s office has full control of all purchasing, and the Board of Commissioners (BOC) is only tasked with approving contracts over $100,000K; anything below that level never gets BOC scrutiny. Given that DeKalb handles $216 million in procurement contracts, oversight must improve. The Blueprint calls for better checks and balances to ensure purchasing practices are in alignment with purchasing procedures. Employees must understand the rules that guide their professional decisions, and that breaking them is unlawful. View the Blueprint's Procurement and Transparency Position Paper.

Term limits: Speakers reminded the audience that open-ended term limits have long been understood to be vulnerable to corruption. The Blueprint team proposes term limits for the Board of Education and Board of Commissioners. They also argue that good public servants can and should pursue other (higher-level) service appointments once term limits kick in, so that their public service and mentorship of newcomers can continue. The Blueprint team recommends a non-binding straw poll on incumbent terms on the next general election ballot. View the Blueprint's Elections and Power of Incumbency Position Paper.

The comments section was also extremely positive, with each speaker thanking the group for its work. Some keen observations and suggestions were offered:


Are the Blueprint for DeKalb and DeKalb Task Force working separately? Together?

As noted, the Blueprint was spearheaded by Commissioner Gannon. The DeKalb Task Force was convened by interming CEO Lee May.

Both groups are studying County-wide issues. The Task Force is still conducting meetings and is expected to produce a report in November. Currently, there is no overlap as far as individuals serving in both groups, nor official liaisons or proposed mechanism to compare or consolidate the two groups' findings. The Blueprint website does link to the Task Force's website.

It is exciting that we have two groups generating separate reports and studying key issues. For example, both groups comment on cityhood and annexation. The Blueprint team did not look at the question of moving away from an elected CEO position (the Task Forced deemed this issue politically intractable for the time being), but the Blueprint's proposed auditing and ethics countermeasures would impose transparency on the CEO office, whether that official is hired or elected.

Any changes to the County will need to be codified via legislative action. It is imperative that we gather all good ideas so that the DeKalb Delegation receives a full report of all findings. Whether our neighborhood ends up in a city or not, we will always be part of DeKalb County and we must keep our eye on these issues.

The Blueprint team also noted that the DeKalb House Delegation Pre-Season Town Hall Meetings are scheduled for October. These public meetings are an opportunity for the public to meet state representatives and senators and voice concerns or ask questions. According to the Victoria Estates Civic Association, meetings are 7-9 pm as follows:

The AJC has also reported on the meeting here.

N.B. See links on the right margin of this page for the latest from the Civic Association Network, BlueprintDeKalb and the DeKalb Task Force.
Posted by me at Thursday, October 02, 2014